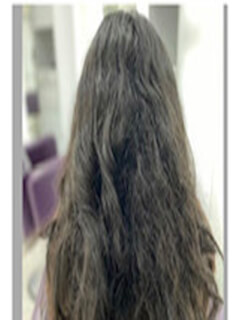 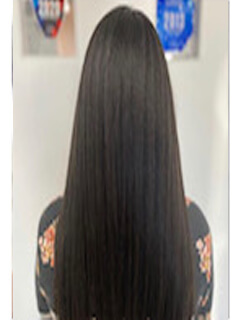 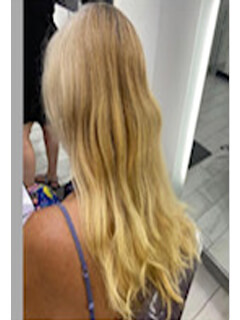 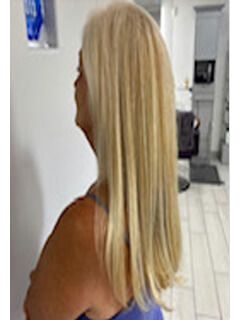 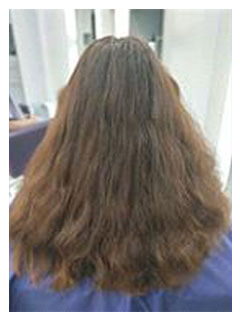 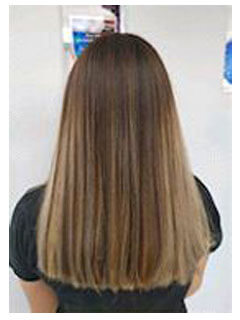 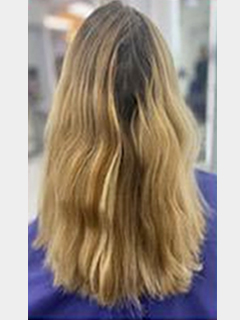 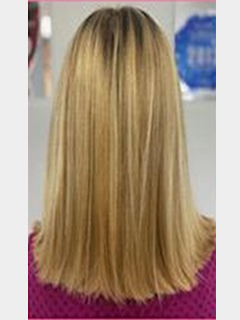 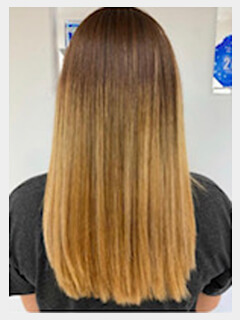 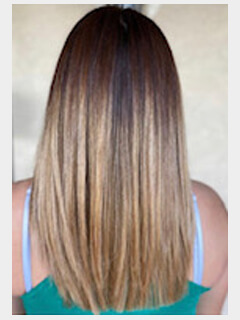 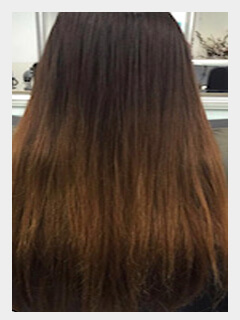 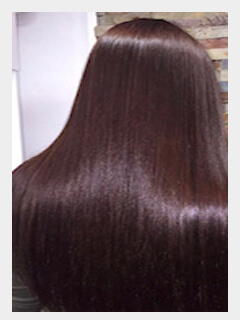 The Brazilian Blowout is the most innovative and effective professional smoothing treatment in the world! This process actually improves the condition of the hair by creating a protective protein layer around the hair shaft to eliminate frizz and smooth the cuticle. The end result is smooth, healthy, frizz-free hair with radiant shine! The Brazilian Blowout can last four to five months and with a complimentary consultation at Bravo Salon, you can get an exact price on how much it would cost for your new amazing hair!

Brazilian Keratin Treatment ™ . . a revolutionary process that repairs damaged hair to leave it soft, shiny and frizz free for up to 4 months.

The Brazilian Keratin Treatment ™ is:

Keratin is a type of protein high in the amino acid “Cystine.” This special amino acid is what makes hair super tough and extremely elastic. Scientists refer to Keratin as a “Biopolymer,” due to its unique structures and interesting properties. Biopolymers are found throughout nature and give form and structure to naturally occurring substances all around the world; everything from leaves to trees, and turtle shells to goose down. Keratin is a classic example of a Biopolymer and it is the main structure building protein in our hair and nails. Some of the kinds or brands that are used are Brazilian Blowout, BB Zero, Mareia Tiexiera, Global Keratin, Beox and Copolla.

Useful keratin extracts have been long sought after as highly prized cosmetic ingredients. Until recently, high quality keratin extracts were impossible to find on a commercial scale. We utilize a patented process called Keratec® to carefully separate the Keratin from wool, while maintaining its quality…an extremely difficult task to do properly.

The wool is harvested each spring when New Zealand sheep are sheared. This causes absolutely no harm to the sheep that are probably happy to be rid of their heavy winter wool coats before the coming summer heat. We use only pure and natural wool, straight from the farms. New Zealand sheep’ wool is considered to be amongst the very finest in the world and absolutely free from BSE or anything else that would be potentially harmful.

HOW DOES IT WORK?

When it comes to keratin, its extreme toughness is the key. Keratin’s durability and strength protect and improve the hair both inside and out. Our unique biopolymer ingredient is virtually a “liquid form of hair” that gently blends with the hair on your head to help restore what has been lost over time and through environmental stresses.

What’s the unique benefit to this ingredient? The small size of the Keratin Biopolymer molecules penetrate under the hair’s cuticle and seep into the inner hair shaft, helping to improve the quality of the hair from the inside. The Keratin fills in the gaps between the cuticle and the inner hair shaft and becomes sealed into the hair’s inner structure by the high heat flat iron. As you will soon learn, the Keratin Biopolymer works with other ingredients in the product to help eliminate the frizz and add strength and elasticity. For more information, please see www.BrazilianKratin.com

Example: Brazilian Blowout is more of an express Brazilian keratin type treatment; can take 1 to 2 hours. Last up to 6 to 12 weeks, and is an intro to the Brazilian keratin family. The Advanced Extreme Brazilian Keratin treatment is the highest form and the strongest form of Brazilian keratin treatment. It can take anywhere from 3 hours to 5 hours to perform. This glycolic acid-derivative, which is traditionally used to perm hair, is relatively mild compared with the chemicals in conventional straighteners – for instance, it’s too weak to work on African-American hair. Then, instead of a traditional blow dry, hair is clamped between small irons and heated as high as 356 degrees (or higher in some cases) Fahrenheit to realign the bonds in stick-straight formation. This is the thermal part of Thermal Reconditioning. Despite it’s strong chemicals, the process can be less damaging than regular, strenuous, blow-drying, according to experts.

It changes lives. Everyone who tries thermal reconditioning raves about the results. It’s made early morning wrestling sessions with hair-dryers and straightening irons a thing of the past. Hot and humid weather has no effect.

The end result is smooth, healthy, conditioned hair with radiant shine and you can shampoo in just 24 hours.