This salon process straightens hair so effectively that its recipients can even dive into the ocean and emerge un-kinked. The first treatment takes at least four hours, depending on the hair thickness and length. Afterward hair stays pin-straight and glossy for four to six months

This process has been popular in Japan since the mid-1990’s and emigrated to a handful of salons in Los Angeles and New York in 1999. It has since become a favorite of fashion editors and movie stars like Julianne Moore.

This glycolic acid-derivative, which is traditionally used to perm hair, is relatively mild compared with the chemicals in conventional straighteners, leaving the hair softened and ready to permanently straighten. It can also now be used on African American hair that is virgin hair and has no previous chemical treatment. Then, instead of a traditional blow dry, hair is clamped between small irons and heated as high as 356 degrees (or higher in some cases) Fahrenheit to realign the bonds in stick-straight formation. This is the thermal part of Thermal Reconditioning. Despite it’s strong chemicals, the process can be less damaging than regular, strenuous, blow-drying, according to experts.

Keratin is a type of protein high in the amino acid “Cystine.” This special amino acid is what makes hair super tough and extremely elastic. Scientists refer to Keratin as a “Biopolymer,” due to its unique structures and interesting properties. Biopolymers are found throughout nature and give form and structure to naturally occurring substances all around the world; everything from leaves to trees, and turtle shells to goose down. Keratin is a classic example of a Biopolymer and it is the main structure building protein in our hair and nails. Some of the kinds or brands that are used are Brazilian Blowout, BB Zero, Mareia Tiexiera, Global Keratin, Beox and Copolla.

If you’ve been dreaming of stick-straight hair, you may be evaluating different methods to see which is best for you. Here is an explanation of the main differences between Japanese thermal straightening (such as Yuko or Liscio) and keratin treatments (such as the Brazilian Blowout, Brazilian Keratin Treatment).

Japanese Thermal reconditioning is permanent. In other words, the hair stays straight until it grows out. Most people, depending on the length of their hair, will repeat the procedure between 9-12 months.

The Brazilian blowout is a temporary treatment that lasts between 8-12 weeks. Advance Keratin treatments last 4 months.

Japanese Thermal Reconditioning incorporates the same chemicals as used in permanent waves using FDA approved chemicals, which are non-toxic and not carcinogenic.

Keratin treatments (such as the Brazilian Blowout) use chemicals such as aldehydes (which used to include Formaldehyde but now includes other aldehyde chemicals), which can cause eye irritation and burning of the throat and nasal cavity. In fact, manufacturer recommendations include ventilation systems within the salon, plus safety masks worn by stylists. The Environmental Protection Agency (EPA) has determined that formaldehyde is likely a human carcinogen based on limited evidence in humans and sufficient evidence in laboratory animals.

The Japanese Hair Straightening System obtained patent approval in the United States in 2000. It was approved as a “Hair Repair, Styling and Straightening Process” and is also a recognized technique of restoring health to the hair. The world-renowned researchers of Phi-ten first developed the breakthrough technology of water-soluble gold, “Aqua Gold.” This special water undergoes what Phi-ten call the “Phild Process” and is made electrically stable, which in turn allows for active ingredients in hair solutions to permeate the hair swiftly, minimizing damage from chemicals while producing the desired effect. All YUKO products use soluble gold to bring to your hair the perfect harmony between exquisite beauty and vibrant health.

After the permanent straightening process you must wait 48-72 hours before getting your hair wet.

With the temporary straightening you can wash your hair immediately if desired.

Pricing can vary from $200-$400 for each temporary (Brazilian, keratin) treatment and from $400-$600 for the permanent straightening. Dependant on the length and thickness of your hair.

Another factor that may affect which process you choose is related to whether or not there are salons in your area that offer these types of treatments. Check your local listings online to find a reputable salon in your area, and be sure to make an educated decision based on factors such as length of experience, stylist qualifications, and satisfaction guarantee (as opposed to merely choosing a salon based on price). 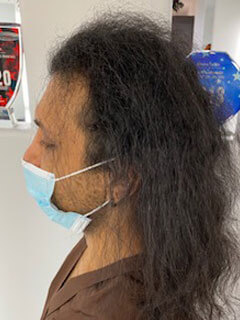 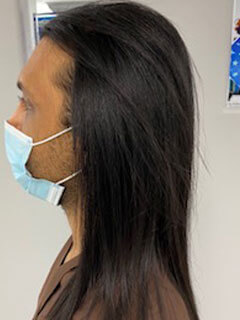 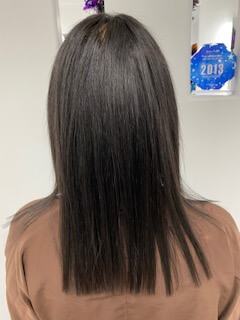 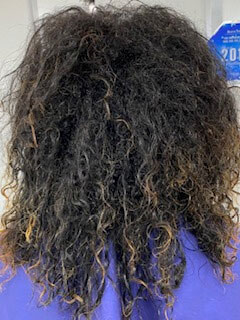 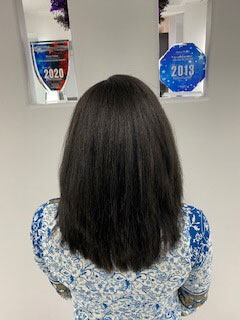 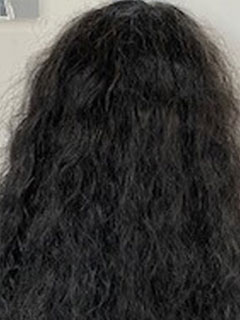 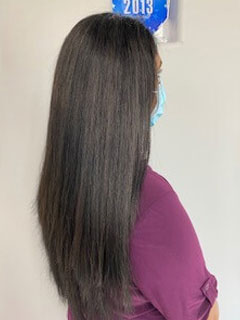 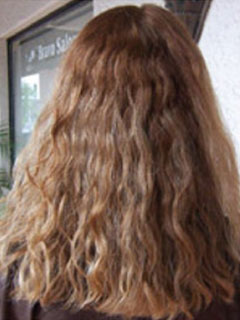 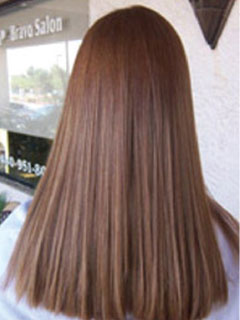 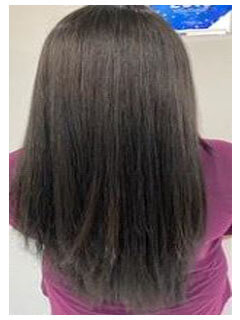 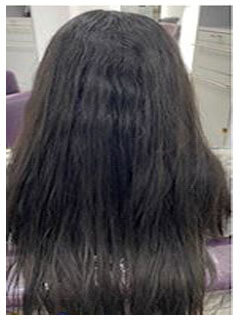 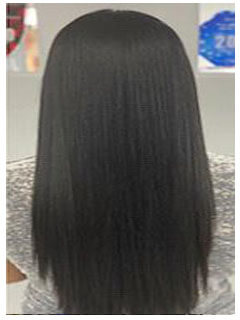 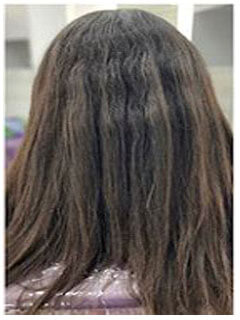 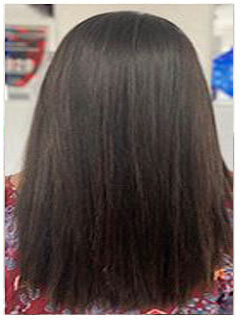 Can I still color my hair?

Absolutely. Color may be done just before a Thermal Reconditioning treatment or along with the service as the neutralizer. In some cases, 2 weeks before and 2 weeks after.

Does a retouch cost the same as a virgin treatment?

Yes, the same process takes place as in the original treatment, but special care is given to previously treated hair.

All of the hair that is treated will be permanently straightened. However, retouches on the new growth will be necessary. The frequency of retouch depends on the degree of contrast between new growth and the treated hair. Very curly hair will need to be retouched in about four months. Many clients average a retouch in six to ten months.

Do I have to use special products on my hair after Japanese Thermal Reconditioning?

Yes. It is essential to restore the proteins that are depleted during chemical service. Your stylist will make a proper recommendation. This is a MUST.

Can my hair be treated?

We are able to treat almost any hair type. We always recommend a strand test for hair that may be of questionable quality. Your stylist will determine if a strand test is needed.

Will I still have volume in my hair?

Our stylists have skillfully developed unique techniques to help increase volume and the Thermal Reconditioning products are more voluminous than in the past.

Can I still curl my hair after Japanese Thermal Reconditioning?

Yes, to a certain extent. Your stylist will help you create that style.

How much time will I need to spend styling my hair each day?

You will spend half of the time as before. Blow-drying creates the polished look that most clients love and is essential. However, this is achieved in minutes because the hair is very quick drying. Always use a bristle brush for maximum results.

Is Japanese Thermal Reconditioning only for young women with long hair?

No. Women of all ages are doing it. There is no reason to live with hair that you dislike or hair that has controlled your life. Everyone wants to have hair that’s shiny and easy to manage and more effortless.

Are there any special instructions for home care?

Yes. Always wait 72 hours before washing your hair or wetting. Do not pull up or pin back during that time.